Denial about being lost gives way to discontentment

Posted on March 9, 2017 by notathingwasted 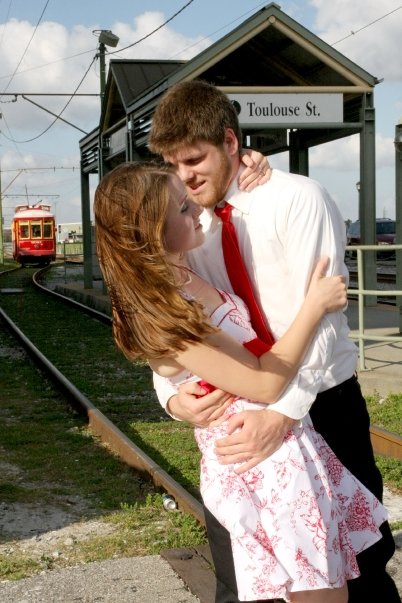 In my early adulthood, after a few years of going my own way, I came to question, and at times deny the very existence of God–the God in the Bible. I became influenced by some worldly views and ideas, such as all paths lead to God. After all, if there was one God, wouldn’t he love and welcome all people. Wouldn’t he keep from condemning everyone. I began to see the views I was raised with to be too narrow-minded for my tastes.

I didn’t view myself as a prodigal. I thought I was a “good” person, who believed in a higher power and had a mostly good life. I tried to do good things and was convinced a good God wouldn’t punish a good person.

In hindsight, I think much of it was so I could feel good about some things I was involved in. Sin isn’t fun when you live with the conviction of what you are supposed to do, so you begin to harden yourself a  little bit at a time. Life began to get darker and darker for me during this time. Aimless drifting gave way to depression. A quest for the meaning of life began to consume me, and I felt a battle brewing within me.

I started to question everything I thought I knew about myself. I had a deep longing to fill the void I felt with anything that would take my mind off of it. But the temporary pleasures left me very low after their initial highs, and I started to experience fear as I stared in the face of the dark side of human nature, and the thought of how low I could go.

For nearly 5 years what I had wanted more than anything was to marry my highschool sweetheart, but with the wedding finally around the corner, I started to question even that. I tried to shake it off, and told myself it was just “cold feet.” After all, it was surely the right thing to do. Besides, I didn’t think I could find someone else to love me as much as he professed to. (No this is not a good way to enter into a marriage.)

I decided to just focus on planning the wedding of my dreams, and of course the honey moon. My future husband and I went through all the motions of the Catholic church, to be “approved” for a wedding in the church where his parents and grandparents had wed. It was going to be perfect!

I had a revelation of sorts that I couldn’t live without him. We worked through some small issues in premarital counseling and I felt ready. Some topics that came up during a weekend pre-marriage retreat convinced me that I would feel better about our relationship and impending marriage if I cleaned up my act. So I made a last-ditch effort just before my wedding to “live right.”

I asked God to forgive me, and resolved to change, much to the surprise of my live in fiancé and soon to be groom. He went along with things, but I’m sure he wondered if I was crazy. Of course I was only committed to make some small efforts, but wasn’t ready to fully surrender my life to a higher power.

Marriage was the next thing, and I was sure the best thing, to fill my void. I was elated the day of the wedding. Everything was more perfect than I imagined. I had finally married my best friend. The high I was on was enough to help me ignore the feeling that the honeymoon wasn’t as magical as I’d hoped, and that something was still not quite right. I convinced myself I was right with God now that we were a legitimate couple, and those feelings would fade. We were finally beginning the rest of our lives and I was happy with the new chapter.

It didn’t take long for that to change. A few months back to work and school, (we were both working and going to school full-time in our senior year of college at the time) disillusionment set in. As the old saying goes, “the honeymoon was over.” We seldom saw each other, and this wasn’t shaping up to be the marriage I’d been hoping for. It wasn’t fulfilling, rather it was lonely.

There began a quiet desperation in my soul that would inevitably last no matter what I tried to do to silence it. As I think back to this time in my life, it is clear to me that God had his hand not only on me, but on us as a couple. I was lost, and I was starting to wake up to that fact. For all intents and purposes, my life seemed perfect from the outside. I had everything going for me and I smiled in all my pictures. I had my fairy tale-happily every after ending, but I still had this ache that nothing could help.

Stay tuned for the next part of my story….

Jill is a former art and English teacher turned stay at home mom to three wonderful gifts. She is a "coaches wife" to her high school sweetheart, a talented teacher and mentor. Most importantly she is a child of the one true king, accepted, beloved and chosen.
View all posts by notathingwasted →
This entry was posted in Uncategorized. Bookmark the permalink.